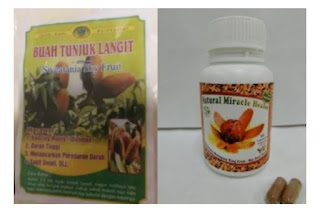 SINGAPORE - There have been seven cases of liver injury reported in recent years that are suspected to be linked to eating mahogany seeds, which are more commonly known as sky fruit.

The Health Sciences Authority (HSA) said it received these reports over the past three years, where patients had liver injuries ranging from mild liver function impairment to liver failure.

These seven patients, who are in their 40s to 70s, had eaten the mahogany seeds in both raw form and in capsules. Five of them were hospitalised, HSA said in a public advisory on Tuesday (Dec 11).

Apart from liver injuries, a patient had kidney injuries and another had polyarthralgia, which is multiple joint aches and pain.

HSA said that all patients were reported to have recovered or are recovering from their ailments, after they stopped taking the suspected products.

The fruit of the mahogany seeds is commonly known as sky fruit, or buah tunjuk langit in Malay and xiang tian guo in Mandarin.

However, HSA has said that there are no clinical studies in humans supporting its effectiveness or safety.

The patients had eaten the mahogany seeds to control their blood sugar, blood pressure or for general well-being, the authority added.

Five of the patients ate the seeds in its raw form of between 10 seeds in a month and 18 seeds in a day, after buying them from different sources in Singapore and Malaysia.

One had eaten the capsules intermittently, and the other ate two capsules twice a day.

One product, which was bought from a blogshop in Singapore, was labelled "Natural Miracle Healer", while the other was an unknown brand from Malaysia.

HSA said that most of the patients had underlying medical conditions, including diabetes, hypertension, hyperlipidaemia (high blood cholesterol) and fatty liver. They were taking other medications concurrently.

While there is no scientific data on the risk of liver injury from taking mahogany seeds, HSA advised consumers who are thinking of taking the products to exercise caution.

"HSA will continue to closely monitor the situation and update the public of any significant findings," it said.

It added that consumers should take note of the following:

- Be aware that local cases of liver injury have been reported in some individuals following the consumption of mahogany seeds (both in the raw form and capsule form).

- Consult a doctor as soon as possible if you feel unwell or develop any of the following signs and symptoms of liver injury when taking mahogany seeds: Nausea, loss of appetite, lethargy, dark urine, the whites of the eyes turning yellow or jaundice.

-Consult your doctor if you would like to try new or complementary remedy which claims to alleviate certain medical conditions, especially for chronic diseases such as diabetes and hypertension.

Sent from my iPhone
Posted by ChangCL's Site at 7:40 PM