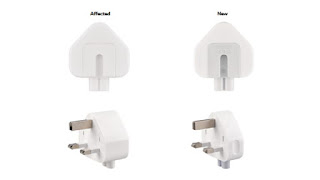 SINGAPORE: Tasked to go on a last-minute overseas trip, former bank executive Andy Tang tried to find a money changer that was open and near his home late at night, but was unable to do so.

While he could always buy his foreign notes at the money changers at Changi Airport, he knew that the rates would not be favourable.

Soon, an idea was born.

Today, the 38-year-old and his partner Mr Samuel Chan, a money changer who still runs his own brick-and-mortar establishment, are the co-founders of the FX Buddy foreign exchange automated teller machine (ATM) in Singapore.

"It dawned on us that we could create some value by creating a (money-changing) machine that reduces rental and labour costs," said Mr Tang in an interview with CNA.

"When we added this all up together, we found that it could really create value for us as a company and for our customers as well," said Mr Tang.

REACHING OUT TO THE HEARTLANDS

It was a conscious decision by the company to set up the ATM in the heartlands "to cater to the people, so that they would not have to travel to the CBD to get the best (foreign exchange) rates", said Mr Tang.

Mr Tang and Mr Chan added that they are keen to expand their operations to other neighbourhoods "as soon as possible", and further down the pipeline, may also consider setting up some ATMs at the airport .

The two-way machine, which currently serves an average of 10 customers daily, is the first of its kind in Singapore, allowing customers to both buy and sell foreign currencies.

Some hotels in Singapore also have automated foreign exchange machines, but those currently only allow customers to exchange foreign currencies into Singapore dollars.

"These are the most popular countries to travel to among the heartlanders," said Mr Chan.

Payment can be done with cash and PayNow. NETS payment will be available later next week.

The service is only open to Singaporean citizens and permanent residents, who will have to scan their identification cards at the ATM.

Mr Tang said FX Buddy uses inter-bank rates as a benchmark, with the rates changing on a daily basis. He added that they will are updated via a back-end server.

The creation of FX Buddy took more than two years to come to fruition.

"The initial stage was very difficult. We had to go to different locations and suppliers. We had to go overseas to search for it. Each time we went somewhere, they (suppliers) would say: 'You are just ordering one machine?' And they would reject us altogether," said Mr Tang.

"We eventually managed to find a supplier who was very accommodating. We told them our specifications, what we wanted in our machine and they built it," he added.

Mr Tang, however, declined to say where the machine originated from.

Licensing and regulatory approval was a challenge as well, with the proposal for FX Buddy having to go through "at least three iterations" before the Monetary Authority of Singapore (MAS) granted it a money-changing licence.

"Currently the banks do not have this machine. So to the MAS, this is a very new product," said Mr Chan. "However, (FX Buddy) really ties in with the nation's drive towards automation."

Mr Siraj Ahmed, who runs AJS Foreign Exchange - the only money changer at Heartlands Mall - said that he is unperturbed by the launch of FX Buddy.

The 55-year-old added that he is confident of providing better rates and prides the business on being in operation at the shopping mall for more than 11 years.

"Customers still prefer (transacting) face-to-face. We have old customers also," said Mr Ahmed. "We welcome competition and they (FX Buddy) are part of our smart nation (initiative). They are (open) 24 hours, while we close at 9pm. They provide convenience to people around here."

Sent from my iPhone
Posted by ChangCL's Site at 9:47 AM