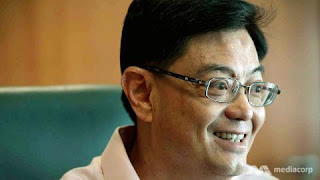 SINGAPORE: The pursuit of excellence need not lead to a culture of elitism, said Education Minister Heng Swee Keat, arguing that not many school systems in the world pay as much attention to levelling up students as Singapore.

Weighing in on the recent debate of elitism in top schools during a recent interview with TODAY, Mr Heng said the focus of Singapore's education system has never been on merely one or two schools, but on what happens across the system.

Schools are given resources by the Ministry of Education (MOE) based on need and good practices are shared across schools, he said.

For example, the majority of schools here are publicly-funded, with teachers centrally deployed by the MOE. Academically-weaker students are also given learning support in literacy up to the secondary level, and and there are student care centres to help working parents.

"I think if we were to focus narrowly on one to two schools, we miss the big picture. We do not just have a few high peaks and many deep valleys, which we see in many countries. We have both high peaks and high averages, something we ought to be proud of," said Mr Heng.

He also pointed to a study by the Organisation for Economic Co-operation and Development (OECD) which showed students at lower socio-economic levels here doing better than their peers in other countries.

"I cannot think of many school systems in the world that pay so much attention to levelling up students and creating opportunities for everyone," he added.

Raffles Institution principal Chan Poh Meng had caused a stir last month when he said the school is at risk of becoming elitist and serving the "middle-class" in a speech to students and staff. He added that the school has to maintain a socio-economic profile representative of Singapore society and called for students to give back to the community.

Mr Chan's speech has to be read in context, said Mr Heng.

There is a need to guard against elitism, but "pursing excellence does not necessarily result in elitism", said Mr Heng. "We must continue to encourage students wherever they are… to continue to pursue excellence … coupled with this sense of purpose that is not just excellence for personal benefit (but) to also make a positive impact on fellow Singaporeans."

On the need to enable students to interact with different groups of people, he noted that the expansion of university places, for example, would already see undergraduates coming from a wider variety of schools.

On whether all schools should enrol Normal stream students for greater diversity, Mr Heng felt it might "not necessarily be the best way" to make every school the same. Some programmes require a critical mass and the key is for every school to have niches to provide students with a variety of choices, he said.

The Ministry of Education has also blurred the lines delineating streams, said Mr Heng. The MOE is studying the outcomes of a recent policy to allow students in Normal stream to take Express-level subjects, depending on their PSLE results, he added.

Sent from my iPhone
Posted by ChangCL's Site at 11:15 AM