LONDON/PANAMA CITY • The "Panama Papers", with their exposes of world leaders or their associates having shady offshore financial dealings, have caused a furore worldwide, with a furious Kremlin calling it a plot to destabilise Russia, France saying it is good news that could boost tax revenue, and others such as Iceland's premier facing calls to resign.

The documents from Panamanian law firm Mossack Fonseca, leaked by the International Consortium of Investigative Journalists (ICIJ) on Sunday, allegedly showed how the firm's clients avoided tax or laundered money.

They detailed schemes involving an array of figures from friends of Russian President Vladimir Putin to relatives of the prime ministers of Britain, Iceland and Pakistan, journalists who received them said. 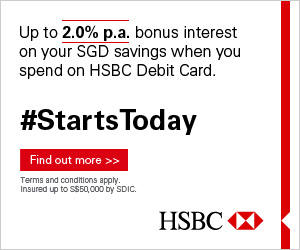 While the Panama Papers detail complex financial arrangements benefiting the world's elite, they do not necessarily mean the schemes were all illegal... The Kremlin yesterday said the documents contained "nothing concrete and nothing new" while a spokesman for British Prime Minister David Cameron said the reported links of the politician's late father to an offshore company were a "private matter".

While the Panama Papers detail complex financial arrangements benefiting the world's elite, they do not necessarily mean the schemes were all illegal.

According to ICIJ, most of the services the offshore industry provides can be used for legal purpose and are by law-abiding customers. But the documents show that banks, law firms and other offshore players often fail to follow legal requirements to make sure clients are not involved in criminal enterprises, tax dodging or political corruption.

Prime Minister Najib Razak's son Mohd Nazifuddin, who was said to be holding directorships in two offshore firms,  reportedly told ICIJ that one of the firms was set up for international business, according to website Malaysiakini.

The Kremlin yesterday said the documents contained "nothing concrete and nothing new" while a spokesman for British Prime Minister David Cameron said the reported links of the politician's late father to an offshore company were a "private matter". The documents showed Mr Putin linked to a network of secret offshore deals and vast loans worth US$2 billion (S$2.7 billion).

Iceland's Prime Minister Sigmundur Gunnlaugsson, whose wife was named in connection with a secretive firm in an offshore haven, said he would not bow to the opposition calls for him to resign.

Pakistan denied any wrongdoing by Prime Minister Nawaz Sharif's family after his daughter and two sons were linked to offshore firms.

Australia, New Zealand, India, France and Austria were among countries which said they had begun investigating the allegations, based on more than 11.5 million documents from Mossack Fonseca. Banks, as well as individual clients, came under the spotlight.

China, where it was a public holiday yesterday, has kept silent, although President Xi Jinping's brother-in- law Deng Jiagui has been named, along with retired premier Li Peng and former top political adviser Jia Qinglin, whose daughter and granddaughter, respectively, had set up offshore firms.

Media reports in 2014 said Mr Xi had instructed his extended family to leave business so as to boost his authority in taking on other top leaders in his anti-corruption campaign. Mr Deng's two firms, according to the leaked papers, had been dormant in late 2012.

A report by Bloomberg in June 2012 revealed that Mr Deng, his wife and their daughter had held investments worth hundreds of millions of dollars in real estate, share holdings and other assets.

Beijing-based political analyst Yang Dali said the ICIJ findings may have a limited impact on Mr Xi as he has managed to get his relatives to divest their investments, sometimes even at a loss.

"But the party still has to limit news of these findings to avoid damage to its image and credibility as the anti-corruption campaign is deemed by some to have been selective in its targets and avoiding some families," he told The Straits Times.

Apart from political leaders, sports and other celebrities have also been named in the papers.

Sent from my iPhone
Posted by ChangCL's Site at 8:49 PM