Perversion knows no boundaries! Just look at what perverts are doing to get their "needs" met!

Perversion knows no boundaries! Just look at what perverts are doing to get their "needs" met!
https://news.nestia.com/detail_share/336624?media_type=1&nestiaShareChannel=whatsapp

Perversion knows no boundaries! Just look at what perverts are doing to get their "needs" met!

It seems that peeping toms are becoming even more technologically advanced in their endeavours to sneak shots that outrage others' modesties. Beyond the past cases of hidden cameras and sneaky mobile phone filming, they have possibly turned to drones!

On 21 Sep, Facebook user Alex Lee posted a video showing a drone flying between flats at the Treelodge estate in Punggol.

In the video, two women believed to be Lee's wife and sister were heard discussing if the drone is being used for perverse purposes. In the accompanying caption, Lee writes that it seems that the drone "is flying to room and toilet areas to peep."

His wife and sister were, unfortunately, unable to pinpoint where the drone was being controlled from.

The drone was seen hovering at various blocks and spending several seconds outside each homes' small windows, which are toilet windows.

Eventually, it flies off in another direction, with the pair wondering if the operator had known that the drone was being watched.

Drones must be flown outside of restricted, danger, protected and prohibited areas, according to the Civil Aviation Authority of Singapore (CAAS). In some areas including Punggol, drones have other restrictions, such as not being able to fly within five kilometres of an aerodrome or airbase.

It is necessary to apply for a Class 2 Activity Permit, should the drone be meeting any of the above conditions.

The zones where a Class 2 Activity Permit is required is shown here. Punggol is under "within five kilometres of an aerodrome/airbase".

Many netizens were outraged at such a brazen act from a possible pervert, as well as the fact of flying drones being illegal in Punggol if one does not have a Class 2 Activity Permit.

However, others joked that it could be the National Environment Agency using the drone to catch people smoking at home, referring to the possibility of smoking being banned even in one's house.

Who knew that such an act was possible?! Now that you know, do let your friends and family know so that they can be on the alert for such cases too! Remember to share this!

Sent from my iPhone
Posted by ChangCL's Site at 4:31 AM No comments: 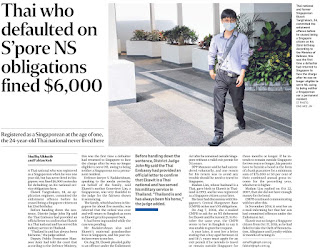 Posted by ChangCL's Site at 4:41 PM No comments: