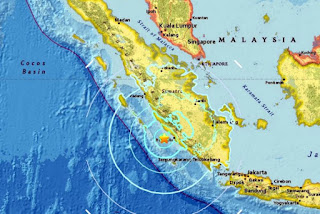 There were no immediate reports of casualties or damage in the quake, which hit at a depth of 67km, at a distance of 81km west of the city of Bengkulu.

Several Twitter users reported that they felt the tremors in Singapore.

currently experiencing tremors at my home nowwwwwwww. is it indo earthquake big big

Tremors felt in Singapore. Hope everyone in Sumatra is safe. #Earthquake

Sent from my iPhone
Posted by ChangCL's Site at 8:50 PM