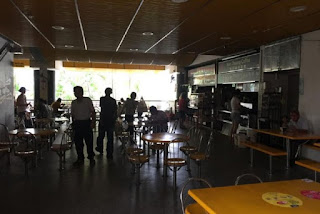 SINGAPORE - A power outage was experienced in parts of Singapore on Saturday afternoon (Jan 26).

Residents in Bishan, Toa Payoh and Shunfu reported that their electricity at home had been cut, and lifts and traffic lights had also been affected.

An SP Group spokesman said that power was fully restored to all areas at 2.58pm. This was about one and a half hours after initial reports of the electricity disruption had surfaced.

Shunfu resident Jane Oh told The Straits Times in Mandarin that she had been buying eggs at the provision shop downstairs when the blackout happened.

She also said that staff from the town council came by at around 2pm to check on the situation and make sure no one was still trapped inside the lifts as electricity was gradually restored.

"I started hearing the emergency alarm being rung at the lift, and realised that people had been trapped inside, and the blackout had affected at least the whole block."

She said that the power went out at around 1.30pm, and was restored at around 2pm.

An elderly couple, who was leaving after visiting their daughter on the 10th storey, had been trapped in the lift, said Ms Oh, 56, a freelance teacher.

"The lift had already reached the first floor, then the power was cut, trapping them inside. When the lift started working again at around 2pm, the auntie told us that she didn't want to take the lift anymore and told us not to take it too," she added.

"But I live on the 13th storey and don't have enough energy to climb so many stairs. Another resident was also sitting at the void deck with many bags of groceries waiting for the lift services to be restored," said Ms Oh. She added that this was her first time experiencing an electricity supply cut in over 20 years of living in Shunfu.

Mr Eddie Osman Zaieuddin, 42, said the whole of Block 303 Shunfu Road where he lives had no power. "I saw the essential services maintenance unit at my block trying to reset the lift," said Mr Eddie, who is self-employed.

Freelancer Mohamad Syahid Arif, 38, was getting ready to head out from his second-floor home at Block 97 Toa Payoh Lorong 3 when the outage occurred.

"There was totally no power. The lift was also not working. I could hear that there was someone stuck in the lift, pressing the emergency button," he said.

Mr Syahid also said that while he could not contact Bishan-Toa Payoh Town Council through its emergency hotline, it was responsive when messaged via Facebook.

He said: "It was quite calm, and there wasn't much chaos." For him, the power outage started at around 1.25pm and ended at 1.50pm.

Residents in other areas such as Bishan St 22 and Sin Ming Avenue were still experiencing disruptions to their electricity supply after 2pm.

Electricity provider SP Group posted on their Facebook page at 1.54pm: "Electricity supply to parts of Singapore was disrupted today. Our officers were immediately activated and our priority is to restore supply as quickly and safely as possible."

The post said that the company was investigating the cause of the incident.

The Straits Times has contacted SP Group for more information.

On social media, Twitter user Fyra Hilspears said that electricity had been cut in Bishan.

Sent from my iPhone
Posted by ChangCL's Site at 11:35 PM