Adultery: It's not just the men, Singapore News & Top Stories - The Straits Times 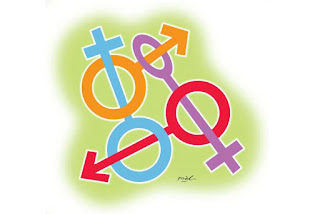 Adultery: It's not just the men

A noticeable number of marriages in Singapore break down because of an unfaithful spouse: the wife.

Twenty veteran family lawyers and private investigators told The Sunday Times that out of every 10 cases they handle in which a spouse cheats, about half are because the wife strayed from the marriage.

A decade ago, only two to three out of the 10 unfaithful parties were the wives. And 20 or 30 years ago, an adulterous wife being cited in divorce proceedings was quite unheard of, they added.

Lawyer and former Member of Parliament Ellen Lee said that back then, divorce was not an easy option as women were financially dependent on their husbands.

Divorce was also less socially accepted. "If a woman committed adultery in the past, she would have been condemned and ostracised by society for breaking up her family and bringing shame to them. The condemnation is not as strong now," she said.

WHY SOME WOMEN CHEAT

When women cheat, they are, to some extent, already thinking of divorce. So they allow themselves to go into the affair, which they see as a long-term commitment.

WHY SOME MEN CHEAT

Some men see sex outside of marriage as no big deal and just as a matter of sexual release. Or they may have an emotional attachment - but one that is not strong enough for them to leave their wives.

There also appeared to be acceptance of men having a mistress and that this was something wives had to tolerate, she added.

But that has been changing, with more women becoming financially independent, educated, assertive and vocal, said lawyers, private investigators and counsellors.

Counsellor Jonathan Siew said: "In the past, women were expected to sacrifice for their families. But now, there is a greater sense of individualism. Women are less afraid and more willing to pursue their own needs, compared with their mothers' generation."

There are also opportunities to fall for another man at work or through social media, lawyers said of the cases they handled.

And contrary to popular perception, unfaithful wives are not only found among professionals and corporate types, or white-collar or higher-income earners. They come from all walks of life, including housewives and low-wage earners, and many have children.

Lawyer Louis Lim tells of a client, a hawker's assistant in her 40s, who was physically abused by her husband. The mother of two teenage daughters fell for a man who delivered vegetables to her stall and filed for divorce.

While most of the women in divorce cases handled by the private investigators and lawyers were in their 30s and 40s, there were also grandmothers in their 50s who strayed. Private investigator Raymond Lim had such a case. A woman in her 50s, who runs a small shop, had an affair with a businessman. The pair would have meals and check into budget hotels almost weekly.

And there are key differences between men and women when it comes to affairs.

For one thing, an unfaithful woman is more likely than a man to end the marriage, said counsellors and lawyers.

In their opinion, this is because women do not necessarily seek an extramarital affair. They may have been unhappy in their marriage, till someone comes along and offers them the emotional intimacy they find lacking in their marriage.

Said Mr Siew: "When women cheat, they are, to some extent, already thinking of divorce. So they allow themselves to go into the affair, which they see as a long-term commitment."

This is unlike men, who often want to keep the other woman on the side for a variety of reasons.

Lawyer Koh Tien Hua said: "Some men see sex outside of marriage as no big deal and just as a matter of sexual release. Or they may have an emotional attachment - but one that is not strong enough for them to leave their wives."

So it is rare to see women who are "serial" adulterers, unlike some men who have one affair after another, lawyers said.

That is not to say there are no women who "go around shopping for better husbands", lawyer Ellen Lee said.

The wife of one of her clients cheated on him repeatedly. The man forgave her time and again for the sake for their two young daughters. But after her fourth affair, he decided enough was enough and filed for a divorce.

Between 2004 and 2014, based on data from the Department of Statistics (DOS), 1.3 per cent to 2.1 per cent of those who filed for divorce under the Women's Charter cited adultery as the main reason.

Of this group, between 27 per cent and 34 per cent were husbands who claimed their wives had been unfaithful, the DOS explained when asked about data obtained from the Statistics of Marriages and Divorces.

Lawyers said official data from the courts does not reflect the reality of what they observe - which is that between a third and half the divorces they handle involve one cheating spouse.

But few cite adultery as grounds for divorce as that requires evidence of an affair, and the third party must be named in divorce papers.

So most choose to cite unreasonable behaviour instead.

This is also because it can be costly to hire a private investigator to gather evidence. It costs between $5,000 and $8,000 for one week of surveillance.

Adultery is also seen as shameful. So the offending party tends to negotiate with the spouse not to cite adultery as the reason, said lawyer Malathi Das.

Sent from my iPhone
Posted by ChangCL's Site at 8:44 AM