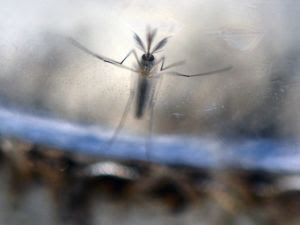 Mum-to-be who tested positive for Zika also has dengue

SINGAPORE — A pregnant woman diagnosed with Zika infection in Singapore tested positive for dengue too — unheard of here until now.

Mary (not her real name), 24, who lives in Sennett Avenue, feared the worst when she went to a general practitioner in Bedok South on Tuesday (Aug 30) night with fever and joint ache.

The entrepreneur, who is six months pregnant with her second child, was referred to Changi General Hospital (CGH), where she tested positive for dengue and was warded.

Although doctors said it was unlikely that she had Zika, they gave her a blood and urine test nonetheless. The urine test results came back at 2pm on Thursday, and she tested positive.

Speaking to TODAY over the phone on Friday, Mary said: "The doctor at CGH broke the news to (my husband and me) together very slowly, and he was quite sensitive about it. "I broke down for a while, but my husband helped." That evening, she was taken to KK Women's and Children's Hospital (KKH) for further checks. As the viral count in her second urine sample had "gone down", she was told that she had probably caught the virus about a week ago and was no longer infectious. She was discharged that same night.

So far, the authorities have announced that there have been two pregnant women diagnosed with Zika here, with both linked to the Aljunied Crescent-Sims Drive cluster.

Mary, however, neither works there nor has relatives living in those areas. She added that she has not been to that area recently.

When asked, the Ministry of Health (MOH) said it would not disclose any information relating to patients.

Zika infections during pregnancy have been linked to microcephaly, where a baby is born with an abnormally small brain and skull. Amniotic fluid testing can be done to screen for the Zika virus, which is spread by the Aedes aegypti mosquito — also responsible for transmitting dengue — but the MOH previously said that a positive test did not mean a baby would be born with defects.

Mary said that tests so far showed her baby was fine, but in four weeks, she would have to go for another check-up to see if there are signs of her baby "not growing normally".

She underwent a baseline scan at KKH on Friday, but said she would probably see her private gynaecologist for a follow-up.

Regardless, Mary said she intended to follow through with her pregnancy. "No matter what, we're still going to go through with everything," she said, noting that the overall risk levels of microcephaly in foetuses of infected expectant women was low — between 1 and 13 per cent. "We will keep monitoring to keep a close watch and pray for the best."

Recounting what she had gone through over the past few days, Mary said she was puzzled by her "unexpected" diagnosis for Zika.

She had a fever last week, but because she also had diarrhoea, she had attributed that bout to food poisoning.

Her son's fever has subsided after taking paracetamol, but Mary said she would take him to the doctor if his temperature spikes again. Asked about the support her family had given her so far, she said they knew "nobody can do anything right now".

She has not considered shifting to an unaffected area, but would continue taking precautions such as using mosquito patches and repellent.  "There's not much I can really do right now besides buying all this stuff off (the) shelves (and) staying indoors," she added.

Sent from my iPhone
Posted by ChangCL's Site at 7:10 PM