For the past 1 1/2 months, my children have each been slowly filling up two small notebooks given by their father.

At the end of each day, they are expected to jot down a good deed in one book and recall a misdemeanour in the other.

There are no rewards or penalties. We give praise when it is due and try not to judge the offences, save to ask what they could have done better. We figure they should feel good enough from the buzz of helping others, and bad enough having to record their peccadilloes for posterity.

The move is yet another of my husband's attempts at raising kind kids with a reliable moral compass.

The hope is that by being more mindful of how their words and actions can help or hurt those around them, doing the right thing will eventually become a reflex for our two children.

Their entries so far have been brief and sparse. Some good deeds are either inane or inflated, while the not-so-good ones have been whitewashed, or included precisely because they aren't that bad. 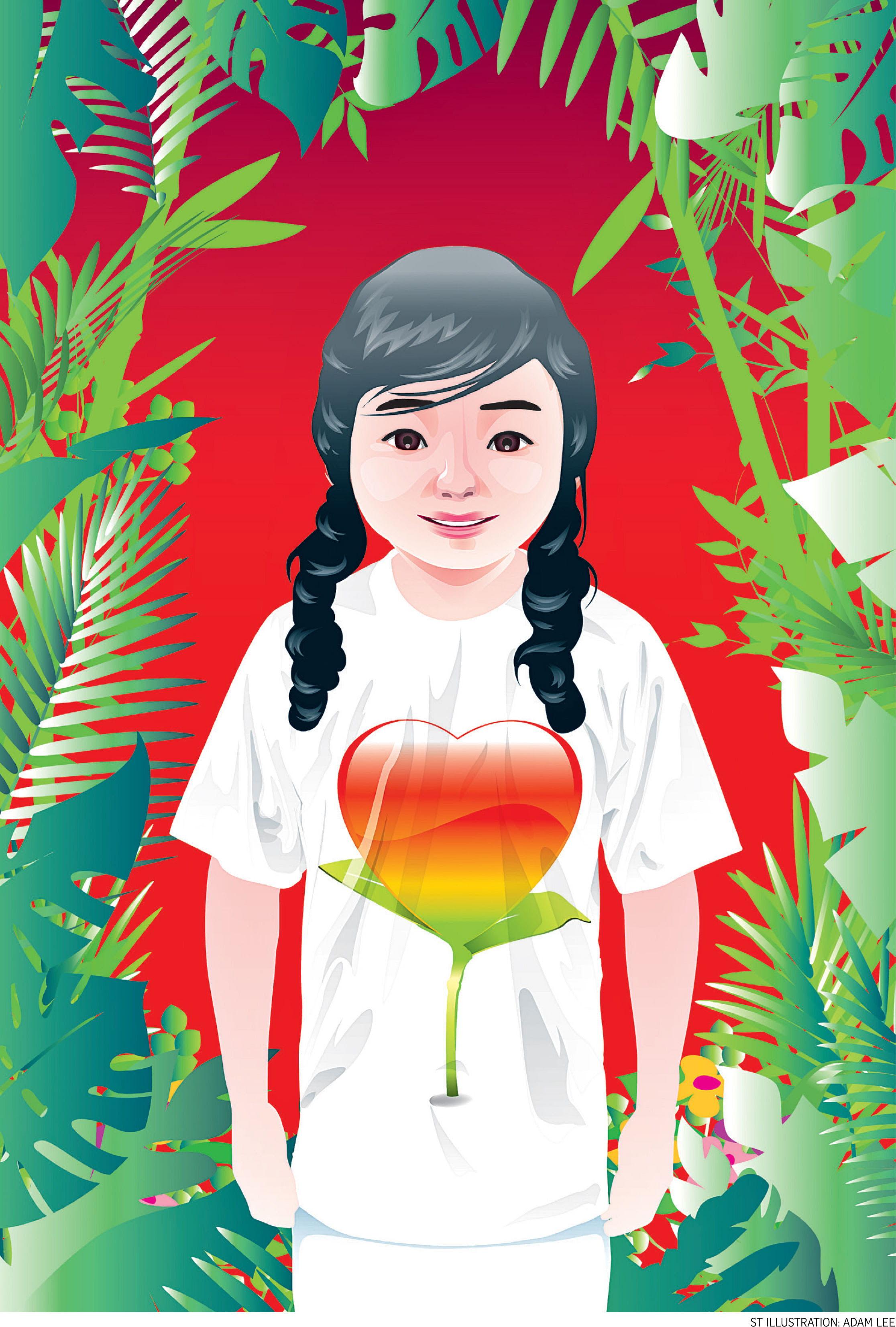 On days when they have done nothing particularly good or bad, it is obvious they have had to scrape the barrel.

"I did pee when Mama asked me to," my daughter, six, wrote on June 12 in her book of good deeds.

Her nine-year-old brother's idea of a misdeed on June 14 was: "I didn't finish my food properly."

If nothing else, the pages offer an entertaining read. It is early days yet in this exercise and, as with all new drills, it takes practice.

About two years ago, my husband taught them to say a prayer whenever they heard the wail of an ambulance or saw one whizzing by.

They needed many reminders initially but, these days, they usually close their eyes and recite a quick prayer for the sick or hurt in a passing ambulance without prompting.

They have also been asked to think of a "prayee of the day" - someone in a sorry plight that they have read or heard about, feel for and can pray for each day.

Those that have made their lists so far range from victims of terror attacks and air crashes to the helpless residents of smog- shrouded Beijing to even the tigers of Thailand's controversial Tiger Temple.

The latest workout for their soul goes one step further, requiring them not just to keep the needy and unfortunate in mind, but also to care for and share with those around them through daily actions.

Just as how regular exercise keeps muscles strong, we reckon putting kindness and honesty into frequent practice ingrains such values in our kids.

The upside to this is we, too, have had to raise our game in a bid to be effective role models.

We have left a note with our contact number when we accidentally caused a dent in a car parked next to ours after opening our door too fast and hard.

We let those in greater need go first in checkout and restroom queues. We buy food and supermarket vouchers for some folks who are known to hang around the church and ask for money. We've done nothing that will take the Internet by storm or even warm people's hearts. We are just making a conscious effort to be a little less self-centred in some way, every day.

My husband and I are not trying to raise angels. We are not even sure these endeavours will amount to much, if anything. As it is, our kids view them more as chores and often complete their lists and prayers in a perfunctory manner.

But we should at least avoid rearing brats.

We have to at least plant seeds of empathy and integrity in them before our kids get swept up in a world where "I" is the feted letter and success is often defined by good grades, deep pockets and the number of likes your social media posts draw.

If we can prod them to look beyond their own needs and wants, count their blessings and strive to make someone's day in any way they can, now and then, I'd say we deserve hearty thumps on the back.

I read the stories about Ashvin Gunasegaran and Jonathan Chua in recent months and thought with admiration: What a great job their parents have done.

Ashvin is the plucky 12-year-old who rushed to help victims of a car accident in Yishun in May when other passers-by were "too busy taking pictures with their phones instead of helping".

Jonathan, a 17-year-old from Raffles Institution (RI), was lauded for his integrity when he turned down a penalty kick with his team trailing during an inter-school soccer match in April. He told the referee it was a mistake as his opponent did not touch him.

RI went on to lose the game but Jonathan won respect all round.

By reflex, he chose to do good rather than do well, even when he knew the decision would cost him.

It is this "I did it anyway" mentality that we hope to instil in our kids next. Slowly, they are rising to the occasion, even if selfishness still rears its ugly head more often than not. While they used to fight for "the bigger half" of food treats, they are now more ready to settle for the smaller share, albeit with a begrudging "give you lah, give you lah".

Sometimes, they even agree to take on a dreaded chore assigned to the other.

The night before I started on this column, I was heartened to read my son's entry in his good deed diary: "I let two boys go first in the canteen queue."

I was mostly glad that he was extending his sphere of concern to those outside our family.

"I overheard one of them saying he was very hungry," he explained when I asked about it over dinner. "I was very hungry too, but I did it anyway." It might not be much, but it sure is a start.

•Tee Hun Ching, a former editor and copy editor with The Straits Times, is now a freelance journalist.

Sent from my iPhone
Posted by ChangCL's Site at 7:23 PM