TELUK INTAN (THE STAR/ASIA NEWS NETWORK) - A bizarre formation of clouds looking like ominous waves caused a stir among the people living in Langkap.

The cloud formations were noticed by the public at around 7.45am on Thursday (Aug 25), before heavy rain ensued around 10 minutes after.

Barber Lee Ho Chu, 63, said he had just sent his son to school before heading towards the Langkap farmers' market in town to buy bread for breakfast. 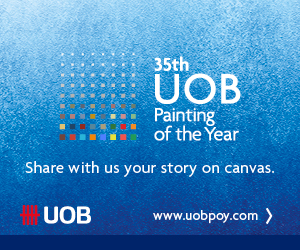 " I noticed that the sky suddenly became dark and gloomy, and I saw the clouds in the sky which looked like waves.

"I met my friend at the market and I asked him about the clouds if it was a tsunami, because it looked so much like it.

"But my friend told me not to say the word 'tsunami' in fear that it would really happen," he told The Star.

Mr Lee, who has been living in the town all his life, said he has never seen such beautiful cloud formations there before.

"Everyone started whipping out their phones to take pictures, some even recorded videos.

"It started raining around 8am after that, and since I had no umbrella I had to wait for the rain to stop," he said.

The clouds disappeared after the 10-minute spell of rain, Mr Lee added.

When contacted, a spokesman from the Meteorological Department said they were still working on an answer for the cloud phenomenon in the area.

Sent from my iPhone
Posted by ChangCL's Site at 3:33 AM