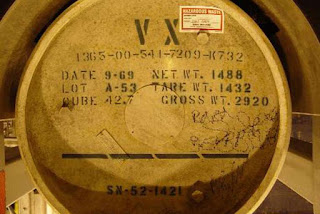 Chemical a weapon of mass destruction

A tiny drop of VX nerve agent was all it took to kill Mr Kim Jong Nam.

Widely regarded as the most toxic nerve agent ever made, the chemical is classified by the United Nations as a weapon of mass destruction.

Mr Kim did not stand a chance after VX was wiped on his face - the lethal dose can be as little as 10mg when absorbed through the skin. In comparison, a teaspoon can hold about 5g of a liquid, or 5,000mg.

A transparent, colourless and odourless liquid with the consistency of motor oil, VX belongs to a class of chemicals known as organophosphates - highly toxic to humans.

It disrupts transmission of nerve signals throughout the body by blocking an enzyme vital to the process, preventing muscles from relaxing and causing respiratory failure. 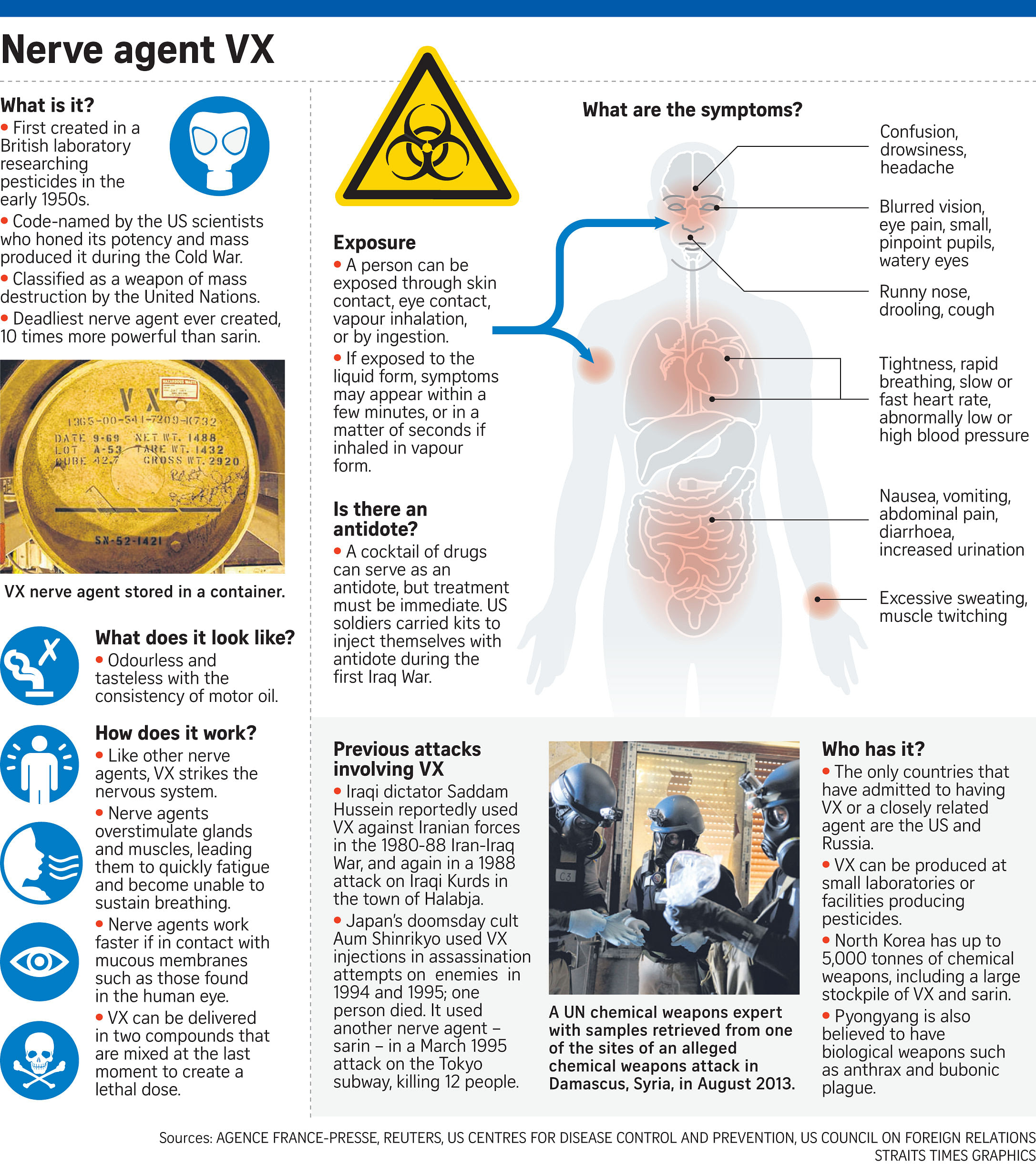 A plant-based drug called atropine, used in hospitals for dilating pupils for eye examinations, treating low heart rate and other purposes, can act as an antidote, but it has to be injected almost immediately in the case of VX poisoning.

VX, developed in Britain in the 1950s, featured in Iraq's chemical weapons programme under Saddam Hussein. In 2015, traces of VX were found by international inspectors at a military installation in Syria.

Clothing can carry VX for about 30 minutes after contact with the vapour, which can expose other people. The agent can be absorbed into the body by inhalation, ingestion, skin contact or eye contact.

Its mass production was outlawed by the Chemical Weapons Convention, which Singapore ratified in 1997. However, small quantities are allowed for research purposes.

In 1994 and 1995, Japanese doomsday cult Aum Shinrikyo managed to make a small amount of VX, using it to kill a man and injure two others.

VX was also featured in the 1996 movie The Rock, where rogue US soldiers on Alcatraz threatened to wipe out San Francisco's population with rockets armed with the nerve agent.

Sent from my iPhone
Posted by ChangCL's Site at 11:15 PM